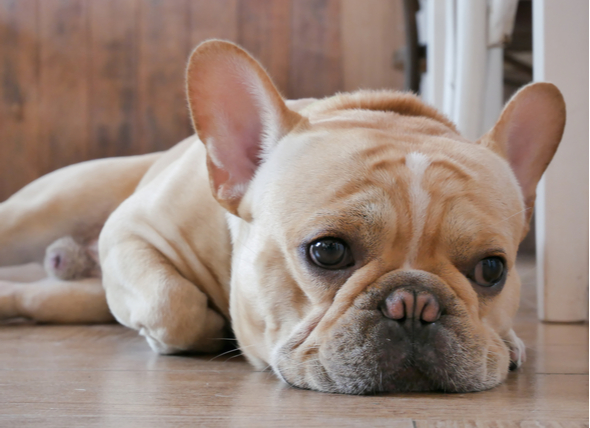 If asked, most dog owners would say that their pets exhibit emotions. Happy, excited, angry, sad—you name it. But are these emotions genuine, or are they simply humans projecting onto our pets?

When it comes to whether or not a dog can feel sadness, the answer is both yes and no, says Dr. Carlo Siracusa, clinical assistant professor of behavior medicine at the University of Pennsylvania School of Veterinary Medicine in Philadelphia.

“If you look at it from a purely scientific standpoint, there isn’t strong evidence that dogs feel what humans classify as sadness,” he says. “Sadness is a very difficult emotion to describe, and if you ask three people what sadness is, you might get three different answers. Dogs don’t have self-consciousness or the ability to ruminate inward that humans have.”

That doesn’t mean, however, that dogs don’t experience negative emotions.

“Dogs can absolutely feel depression and anxiety,” Siracusa says. “We can see it in the body language and in their actions. But to go so far as to call it sadness—I’m not sure that would be the right term.”

Factors that Affect a Dog’s Mental Well Being

Dr. Daniel Inman, a veterinarian at Burlington Emergency Veterinary Specialists in Williston, Vermont, says that depression in dogs is often caused by changes in their environment.

“Some dogs are much more sensitive to change than others, and certain variables can affect dogs differently, but overall, dramatic changes in a dog’s life can certainly lead to depression,” he says.

Dramatic changes may encompass a move, the loss of a companion (canine or other), a new baby or pet, or change in routine. “We often think about loss as a trigger for depression, but actually any change in environment can set it off,” Inman says.

Signs a Dog May Be Feeling ‘Sad’

There are many signs that could indicate that a dog is experiencing depression. A depressed dog may stop eating and drinking, become lethargic and withdrawn, or their depression can manifest as anxiety, and the dog may become destructive. A depressed dog might also become aggressive, Inman says.

Unfortunately, many owners don’t even realize that their dogs are exhibiting signs depression because it might only happen when the owner isn’t around, Siracusa says.

“If a dog’s owner leaves for the day, that dog could spend all day laying by the door, waiting for the owner to come back. Then, once the owner is home again, the dog reverts to her normal, happy self,” he says. “Dogs live in the moment, so if everything is alright in that moment, the dog will often seem alright as well.”

What Owners Can Do

If a dog is acting depressed all the time, there are some steps her owner can take to improve her mood. First and foremost, give the dog some extra attention.

“Dogs want us to be there for them, so be sure to show them affection when they come looking for it,” Inman says. “Also, reward even the slightest happy behavior. If a dog has been lethargic, and starts wagging her tail, even just a little bit, give her lots of praise to encourage that behavior.”

As with humans, exercise is also a good remedy for signs of depression. Inman recommends going on longer walks and having extended playtime with a dog who seems depressed.

In addition, Siracusa adds that giving your dog a space where she feels protected and safe is key.

“If something is causing the dog distress, remove her from that situation. Don’t push her to ‘face her fear,’ this only will make her unhappier,” he says. “Also, never be afraid to offer comfort. You aren’t encouraging bad behavior; you’re taking the dog’s mind off of what’s bothering her.”

If these hands-on solutions aren’t working, Inman says that you can talk to your veterinarian about anti-depression and anti-anxiety medications. “I usually don’t prescribe medication, but in extreme cases, it can be helpful,” he says.