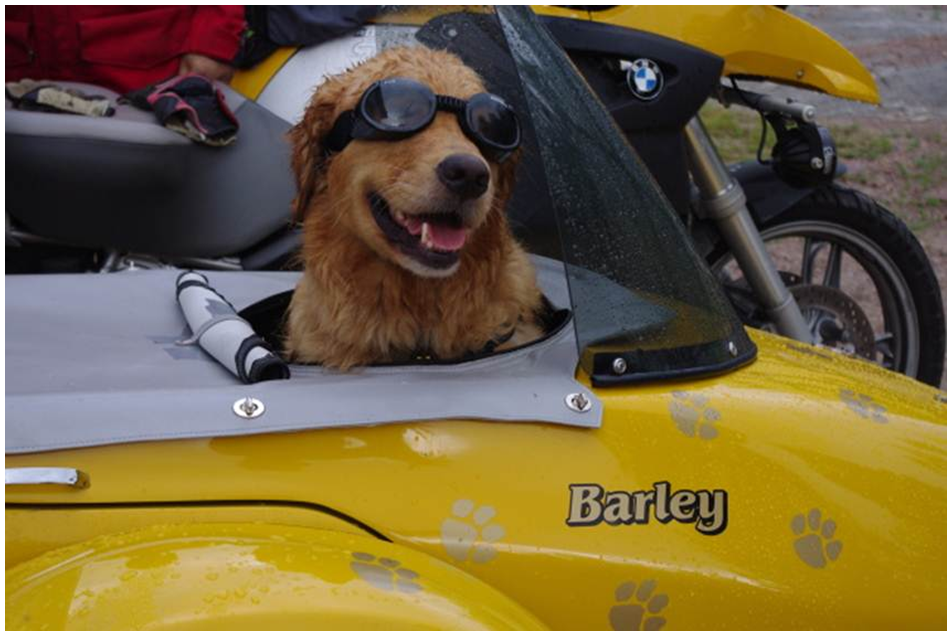 This past January Dr Amy Cordner and staff performed an ultrasound and guided needle aspiration of a deep abdominal node on my eight year old service dog, Barley. The diagnosis was lymphoma. Due to his age I opted against surgical resection of the node, electing instead to begin the CHOP protocol hoping it was the more treatable B-cell variety and not the aggressive T-cell lymphoma that had taken a previous dog from me far too young.

Barley responded to chemo almost immediately. He finished the protocol in July and we were able to enjoy a motorcycle trip to Montana together. He is something of a celebrity in the long-distance motorcycling community and hundreds of riders followed his battle with cancer. Attending the BMW Rally in Billings was therapeutic for him, and I wanted to circle around to thank all of you for the fast diagnosis that gave him the opportunity to see all of his friends again. We’re not sure how long remission will last, but we cherish every day, every ride. Barley now has over 55,000 sidecar miles under his collar.