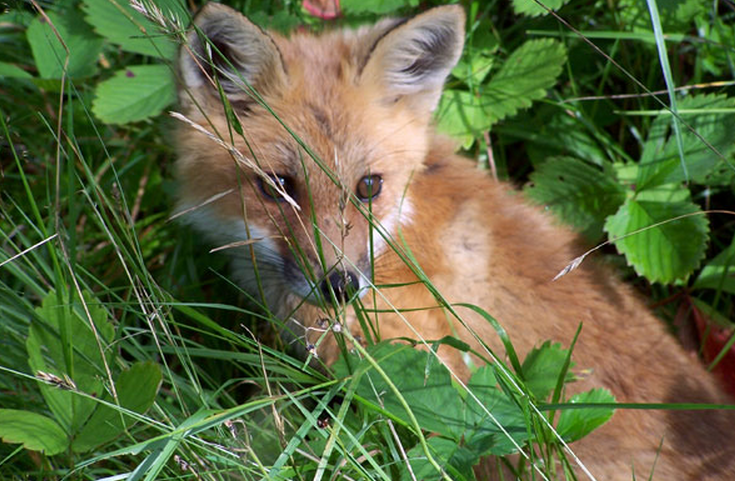 If you care leave them there! If you find a young animal or bird that appears to be abandoned, do not pick it up.

If You Find a Sick or Injured Animal

For the wellbeing of all wildlife in Vermont and for your own safety, taking a wild animal into captivity is illegal. Only licensed rehabilitators may legally care for wildlife.

Vermont rehabilitators may legally possess and treat most common birds, mammals, reptiles and amphibians with the exception of deer, moose, bear and wild turkey. Only two facilities in Vermont are authorized to accept threatened and endangered species.

Call the rehabilitator first to find out which wildlife species he or she generally accepts BEFOREyou try to capture or transport an animal for care.

Rehabilitators are usually unable to pick-up injured wildlife, but they can provide advice on the best procedures for safely collecting the animal and will offer directions to their facility.

If You Find a Young Animal

Adult animals of many species, such as rabbits and owls, limit the number of daily visits to their young. This prevents predators from discovering the location of newborns or hatchlings.

To increase the young’s chance of survival, leave the area immediately.

Birds do not possess a strong sense of smell, and will not reject a youngster placed back in the nest. Many backyard birds frequently outgrow their nest and leave days before they can fly. The parent birds will continue to care for their young, even away from the nest, so do not attempt to pick up the fledglings.

To protect young birds, keep cats and dogs away and/or move the chick to the nearest shrub or natural cover. Then leave the area and allow the parent birds to naturally respond to the food-begging calls of their young.

Never pick up a deer.

White-tailed deer fawns use their spotted coats as camouflage and remain motionless to avoid detection from potential predators, including humans. If you see a fawn curled up at the edge of a path or field, leave the area immediately and do not return. Your presence will prevent the doe from returning to her fawn for periodic nursing.

While they may appear abandoned, they are not abandoned – the mother only returns a couple of times a day.  This is true even if the young animal appears hungry or seems to beg from you.

Wildlife rehabilitators are not authorized to accept deer fawns. Fawns removed from their natural habitat are not equipped for survival.  When deer are removed from the wild, they do not learn how to evade predators, find food, avoid humans, or find specific deer wintering grounds.

You should not touch skunks, raccoons, foxes or bats that appear in need.  Although all mammals can carry rabies, these animals are considered rabies vectors and have a higher likelihood of being positive for rabies even if they don’t appear sick.

Call the Rabies Hotline at 1-800-4-RABIES and do not attempt to touch the animal until after contacting the hotline. Do not allow children, other people or pets to come in contact with the animal.

People who handle rabies vector animals put themselves and their loved ones at risk for contracting an extremely dangerous and frequently fatal disease. 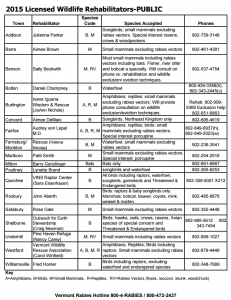 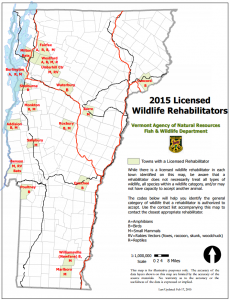